Updates on COVID-19: Due to the situation caused by the COVID-19 not all of our drop off points are currently open. Before bringing your parcel to the drop off point, please contact the Shop Team to make sure they provide the service, given the circumstances. We hope you are staying healthy and safe. 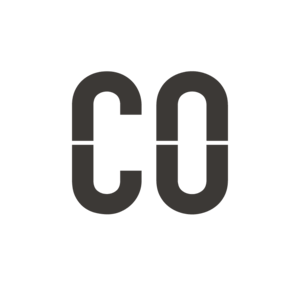 On 17th October Common Objective hosted a Sustainable Sourcing Breakfast at Hide in London. Chaired by Brand Love, the event brought together Sourcing Managers from leading brands to share learning on how fashion can better address sustainability.

Those attending came from well known high street names from Tesco, Debenhams and Peacocks to Jack Wills and John Lewis, as well as luxury brands including Vivienne Westwood and Temperley.

Common Objective CEO Tamsin Lejeune opened by introducing the CO platform and reflecting on how far the industry has come since she called up a conference organiser in 2005 asking why there was no inclusion of any presentations or panels on ethics and sustainability in their upcoming sourcing summit.

Designer Roland Mouret charmed the room with his speech in which he described the moment he realised he could make a difference within his own business on a product that could be “fashion’s equivalent of the plastic straw as a symbol for change” and set about developing a sustainable hanger with a young Dutch company - Arch and Hook - that is made from 80% ocean plastic, 20% fusion plastic, which are 100% recyclable and circular.

Caroline Rush from the British Fashion Council was also on hand to lend her voice. She emphasised that “the only way we are going to tackle this is if we tackle it together”, which was reiterated by Mouret who said “designers have to come together” “we are the top of the pyramid” “high street are copying us, if they are copying us on the clothes they will copy on the values.”

David Goodwin, Technical Director at PDS, described how “no business has cracked commerciality and sustainability in the sewn garments industry” and challenged the industry to meet sustainability alongside its commercial goals.

Jack Ostrowski of Yellow Octopus, stirred things up and challenged the audience to “take a single step today…don’t just leave this room and feel good with yourselves because there’s nothing to feel good about in fashion at the moment”. He emphasised there were solutions out there and that it starts with mini steps.

Attendees left with copies of CO’s updated guide to the global solutions out there Fixing Fashion: Who Is Doing What?

Participants, who were a mixture of sourcing heads, as well as buying directors and ethical and sustainability managers spoke of the many challenges they face in their jobs in trying to bring about lasting, sustainable change.

Job roles are expanding with sourcing managers being asked to take on sustainability for their business, a task which for some feels overwhelming at a time when senior management are also keeping a keen eye on margins.

Others spoke of the challenges of driving sustainable objectives in the face of management changeovers and mergers.

Despite the challenges, what was particularly heartening to hear was the shift in consciousness of professionals within the industry. No longer is the sustainable sourcing manager the lone voice down the corridor. They are now being invited to meetings and their expertise sought out as buyers attempt to get to grips with sustainability.

And directors and heads of departments are increasingly now responding themselves to sustainability issues rather than passing down the line or "over to corporate social responsibility” to deal with.

There were stories of individual sustainability champions within businesses and how bold steps taken by these individuals were driving change from the bottom-up.

One brand spoke of the increase in marketing engagement and sales that have been witnessed since they moved to Fairtrade cotton, with customers spending longer on the site and a surge in engagement across social media and marketing channels.

A big thank you to all those who took time out of their day to join us for this breakfast and to our sponsor PDS with Yellow Octopus and Atterley. This is the second in our series of industry breakfast meetings. Look out for our upcoming journalists breakfast coming soon.

Check Out Our FAQs Page

We use cookies to ensure that we give you the best experience on our website. If you continue to use this site we will assume that you are happy with it (read Cookie Policy).